First and foremost, thank you for taking the time to read our story! My name is Kim Speegle and I am married to K9 Officer, Darrin Speegle. We are very blessed to have four children: Brilye, John Patrick, Kamden, and Jack. Our youngest son, Jack, came into this world weighing in at 9 pounds, 13 ounces. A big and healthy boy, just like his big brother. At about three weeks old, he began showing signs of being sick. Through a series of unfortunate
events, the doctors were unable to pinpoint the reason for this sickness.

After many weeks, our prayers were finally heard and treatment was started for an infection that spread through his bloodstream and into his bones. His spine, however, did not escape harm. The infection spread to his T7 and T8 vertebrae, which were damaged beyond repair. Jack was in the hospital over Thanksgiving and it was far from clear if or when he’d come home. With everything as chaotic as it was during this time, we had to care for the well-being of our other children. As a diversion from the harsh reality of Jack's situation, we asked our children what they wanted for Christmas. A very surreal moment occurred when they said all they wanted…. was for Jack to come home.

We were so happy to bring him home on Christmas Eve, even though he was in a full body cast and had a feeding tube. Surviving this sickness left Jack in a very unusual circumstance. It seemed to us the medical community had no ideas on how to treat his spine. We were told to wait and see if the damaged vertebrae would regenerate and grow back. Doctors were consulted for six years from all around the world. Because Jack did everything on time...rolled over (even in a body cast!), talked, and yes, walked on time, it became even more difficult for the medical specialists to determine the best treatment for his spine out of concern that any surgical treatment could lead to paralysis. And yet, Jack’s happy attitude and spirit were amazing.

As Jack grew, his damaged spine twisted and turned rather than grow straight and tall. This affected his lung capacity, as there was limited space for his lungs to grow. Jack reached a point where he stopped growing and thriving, all because of the energy needed to breathe. In my heart, I knew we would be facing his death again if we could not correct his spinal problem. We sold our house and started building, for lack of better term, a “handicapped accessible” home with our own hands. All the while we searched and spent every dime we had, trying to find a surgeon who could help us. Every doctor we saw told us they could not do the surgery Jack needed without paralyzing him. In a last-ditch effort, I sent out an urgent email. Again, I asked people pray for us. I included his X-rays and CAT Scans in this email.

A few days later, I received a call from San Diego, California, from a spinal deformity specialist, Dr. Greg Mundis, Jr., who said he believed he could fix it! At long last, Jack had his first corrective surgery at six years of age. After five weeks in halo traction and his family being two thousand miles away, a rod was placed to improve the twisting curve while trying to leave room for both spinal and lung growth. Jack came out of the surgery capable of walking. Two years later, the rod worked its way through Jack's skin leading to a return to California for what we hoped was simple rod removal.

Afterwards, instead of his spine staying in its corrected position, Jack’s spine collapsed and twisted again. Worse yet, Jack was in tremendous pain. New x-rays revealed a curve of over 180 degrees. The diagnostic term for this is severe Kyphoscoliosis. A relatively simple operation, had turned into another catastrophic situation. We were all dealing with a child who had survived what most had not, followed by an innovative first surgery that did not last as long as hoped. At that point, we were facing a set of circumstances with limited solutions. Jack's planned four-day trip turned into another 100-day stay in the hospital including five months in halo traction. The recovery from the second surgery became lengthy and extremely difficult when Jack developed a pressure wound.

'This problem would add months to his recovery. Jack was already missing his family and it began to weigh on his emotional well-being. Dr. Mundis and I both agreed that he needed to finish his recovery at home, but how to get him there? We turned to the only thing we knew would work.... prayer. Sure enough, a group of heroes stepped up to arrange the flight home! Angel Flight was contacted and the plan to get him home was underway! Jack literally came home by way of angels! He was picked up at the hospital
and delivered to his living room at home under the care of a specialized team!

Two years later, Jack finally recovered from the second surgery followed by physical therapy and rehabilitation. His ability to walk after the second surgery has been extremely difficult and we’ve had our highs and lows. He is working very hard to walk again. He is now standing on one leg and recently rode an assistive bicycle. Jack is being referred to a paralysis recovery specialist in Pinellas Park, Florida to regain his walking abilities.

Jack is now a happy, positive 10-year-old, despite being in a wheelchair. Despite our grief over what the sickness took from him, Jack doesn’t see it that way and he takes his challenges one day at a time. So we try to follow Jack’s lead and do the same. He is happy to have his brother and sisters alongside of him. And, over time, Jack's dad and I have pushed through all our hardship and pain. Anyone can survive theses extremely difficult situations, but it's so important to do more than get through the devastation. You have to come out on the other side stronger and wiser, knowing you have done all you can. Everyone's story doesn't turn out like mine and trust me, I have seen some really bad outcomes. It's good to grieve the sickness and the things that have been taken from Jack. But, it's not good to stay there. You have to take what you have and enjoy what's ahead. Jack looks different. Instead of letting that bring us down, we have used his trials to minister to others. I've learned that people will listen to me because of what we've endured. I had to learn that suffering does not come from God, despite what most people believe.

Stay away from the blame game, it will only tear you apart. The fact that my son can smile and love life is so much more inspiring, than if it didn't happen. Jack will walk again, I'm sure of it! Even if he never walks again on this earth, he will still be happy. True happiness is what's in your heart, not what you look like or how good of an athlete you are. 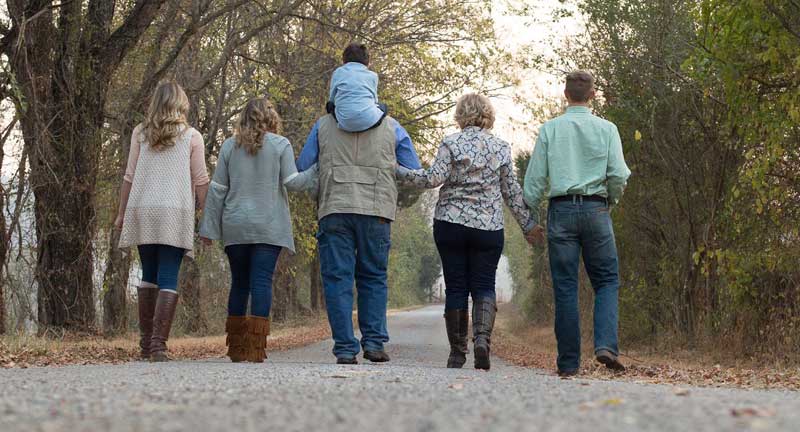 SDSF would like to thank Kimberly Speegle for sharing her family’s story about Jack’s struggles and their ability to rise above all their challenges through love, faith and prayer. Kimberly is a published author. You can find her initial work about Jack titled: “Miracles Don’t Happen The Way You Think They Do” (Eleos Press, 2014) on AmazonSmile.com in hard copy and Kindle versions.